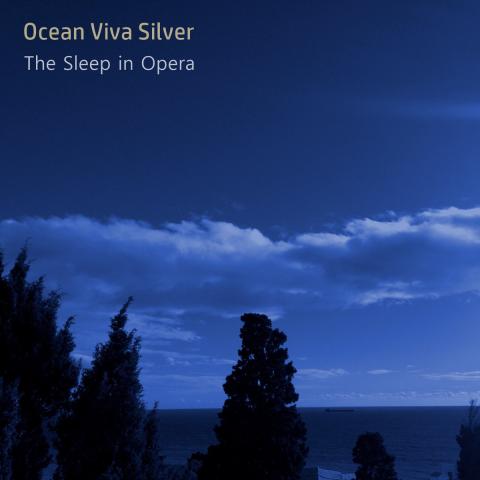 The Sublunar Society
"The Sublunar Society proudly announces a new record deal, with the French artist and composer Valérie Vivancos, aka Ocean Viva Silver. Her work is mainly focused on experimental composition, performance scores, situations and writing protocols that interweave life and fiction and collect "curious" experiences.
In 2002, the Contemplation Room project brought together international artists for a show at the Overgaden gallery and events in various public spaces in Copenhagen. The Sleep In Opera invited the audience to take part in a five nights sleep performance in a bunker under the Hans Christian Ørstedn park.
The background research had taken place in a neurological centre specialised in sleep disorders. Some uncanny medical tales gathered at the hospital were told to the participants as bedtime stories. Simple techniques to avoid snoring were applied in reverse to ensure the audience would deliver a collective audio performance. The sound was diffused in real time in the park above. Straight after the event, a short track was composed as a documentation.

In 2016, the original recordings, (exclusively sleep sounds) were excavated and used to re-compose a subjective narrative echoing the physiological and psychological agitation of sleep.

For more info, click here. Available on all major download and streaming services. The CD edition will be released in March."

To the memory of Sébastien Sengenes.

The titles refer to artworks and scientific discoveries generated during sleep

The Hearing Trumpet: a dream by Leonora Carrington

The Spiral Staircase: a dream by James Watson